We are putting out this post following our visit to a school yesterday. As most people know we are concerned about the popular app ROBLOX which is by far the most popular game played by children from 5 to 10 years of age.

We were talking to a very large group of year 1 students and we were shocked when over half of them said they were playing ROBLOX. When we spoke to Year 2 at least 70 percent of them were playing the game.

The inappropriate content has been disclosed to us thousands of times by young children but we were previously unaware that the children were being sent numerous messages. When talking to Year 3 students they suggested that a lot of the messages are inappropriate. In all cases the children aren’t telling their parents.

Most of the young children we spoke to yesterday appear to have been talking to strangers in the game by using a headset to speak. The headset is usually just a normal set of ear pods that you would get bundled with an Apple device as opposed to a specific gaming accessory.

We would advise every parent to check their child’s ROBLOX account and look to see if they have friends that they do not know. Many of the children we spoke to yesterday said their accounts were ‘maxed out’ meaning they have 200 online friends.

We would also ask parents to check the child’s in game message inbox to check if they have been receiving inappropriate messages. We have included the most up to date app icon to make it easier for people to spot.

As people will know we have previously posted about this app and spoke of very concerning incidents. 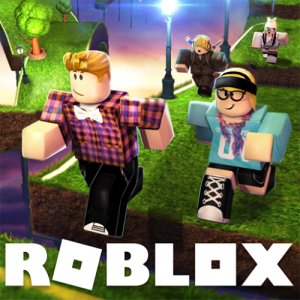 Oops, you forgot something.

The words you entered did not match the given text. Please try again.

Reply Beverlyalcock
1:27 AM on November 4, 2017
I really like the dear information you offer in your articles. I?m able to bookmark your site and show the kids check out up here generally. I am fairly positive there likely to be informed a great deal of new stuff here than anyone else! Thank you for this information.
visit:https://www.essayscouncil.com/services.php

Reply all star converse blanche basse
12:16 AM on July 1, 2018
Allardyce only played for the Rowdies for five months but the adventure provided him with the managerial know-how which today sees him in pole position for the England post.
all star converse blanche basse http://converse.aaa7.fr/CONVERSE-Pro-Leather-Vulc-Canvas-Hi-M-All
-Star-Converse-Blanche-Basse-VR3728.html

Reply Programming Online Homework Help
3:30 AM on October 10, 2018
I Personally Like Your Post; You Have Shared Good Insights And Experiences. Keep It Up.
https://programmingdoc.com

Reply Do My SAS Assignment
3:57 AM on October 10, 2018
I Loved The Way You Discuss The Topic Great Work Thanks For The Share Your Informative Post.
https://www.sashelponline.com/